10 Different Pizza Crust Styles: Which is Best for You? 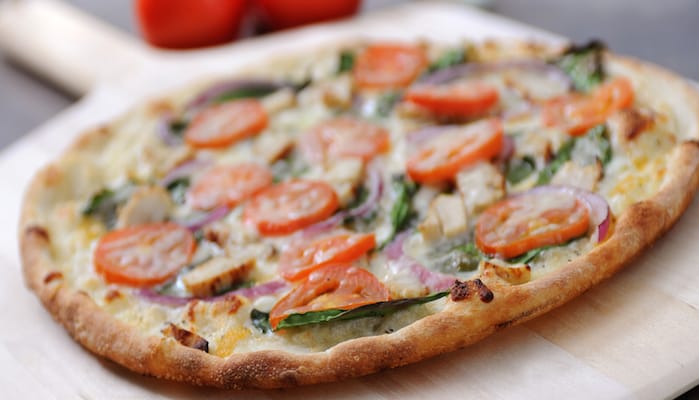 Pizza has a long and storied history, with the first pie generally believed to have been made some time during the 1800s in Naples, Italy.

Since then, chefs the world over have put their own spin on this popular dish, each bringing something new and interesting to table. Whether it’s a Chicago-style deep dish or a California flatbread topped with calamari and basil pesto sauce, pizza has taken on many different forms since its original inception — especially when it comes to the crust.

Foundational to both a pizza and the recipe used to make it, the crust partially dictates the taste, texture, thickness, and topping selection. It also affects prep, baking, appearance, and presentation. It's no wonder, then, that the crust is usually the catalyst for pizza innovation.

For pizza makers who are creating or expanding their menus, experimenting with different crust types is a great way to generate interest and buzz around menu items, and can help attract new customers.

Ready to explore how crust choice can change the dynamics of your pizzas and menu? Here’s a breakdown of the many different types of pizza crusts:

Given that pizza is purported to have originated in Naples, it's no surprise that Neapolitan pizza is believed to be the "original" Italian pizza.

To achieve its signature light, slightly crispy texture, Neapolitan pizza must meet a very specific set of requirements. A true Neapolitan dough is hand-kneaded (no mechanical preparation whatsoever!), no more than 35 centimeters in diameter, and no more than one-third of a centimeter thick at the center. It is baked in a wood-fired, domed oven.

Classic styles include the Margherita and Marinara, and given the impossible-to-replicate flavor and texture of Neapolitan crust from a wood-fired oven, this is the perfect crust for those who want an authentic Italian pizza.

Often sold by the slice in big, wide wedges, New York-style pizza has been the trademark pizza style of the Big Apple and the entire Northeast U.S. since the early 1900s, with regional variations found across the country.

New York-style crust is slightly crispy on the outside, yet soft and pliable enough to fold the big slices in half, making it easier to eat. New York-style pizza crust gets its unique flavor and texture from its high-gluten bread flour and the minerals present in New York City water, which some out-of-state pizza makers actually "import" for authenticity.

A regional specialty in the Midwest, St. Louis pizza is characterized by its round, thin, unleavened, cracker-like crust. Cut into squares or rectangles rather than wedges — referred to as a party or tavern cut — is the most popular way to serve this favorite in Midwestern pizza parlors and bars.

While there is no real consensus on what constitutes a "flatbread," typically this crust style is lighter and airier, making it ideal for less-filling appetizers and personal-sized pizzas. Oftentimes, the artisan look of flatbread crusts make them an appealing option for gourmet and trendy toppings like balsamic and spinach.

Definitely not thin crust, and the least thick of the thick crust pizza varieties at about half an inch, the traditional pan pizza is a happy medium for most pizza lovers. Made widely popular by Pizza Hut, this style of crust is characterized by a buttery, pan-fried taste and texture on the outside, with a soft and chewy center. The perfect foundation for custom flavors, a traditional pan pizza crust is a universal customer favorite.

The crust for deep dish pizza (commonly known as Chicago-style deep dish) has a ledge that allows for a generous portion of toppings, cheese, and sauce — and by generous, we mean pizza slices up to 2 inches thick. The pies are baked in an oiled deep-dish pan to create a crispy, sometimes buttery, fried effect on the outside of the crust. Deep dish pizza crust commonly contains corn meal, semolina, or food coloring to give it its distinctly yellow tone and enhance its unique taste and texture. This style of pizza is particularly popular in the Midwest.

Much different from the thin, crispy crust in Naples, Sicilian pizza is known for its thick, rectangle-shaped crust that is often over an inch thick. Sicilian immigrants brought these recipes with them to the United States, and Sicilian-style pizzas are most popular in large metro areas across the upper Midwest and East coast.

Detroit-style pizza, which has gained popularity in recent years, is derived from Sicilian pizza. Originating in Detroit, this rectangular pie reverses the “sauce-cheese-toppings” order of prep — it’s “toppings-cheese-sauce” for this unique pie. One of the most appealing things about this pizza is the crust: it’s usually baked in a well-oiled pan to a chewy medium-well-done state that gives the bottom and edges of the crust an almost fried texture. Inspired? Use these quick video tips to make a Detroit-style pizza.

Not to be confused with Neapolitan pizza — which is one type of pizza cooked in a wood-fired oven — wood-fired crusts can come in several different varieties. The most defining characteristics of wood-fired crusts are their deep, smoky taste and light char from the high baking temperatures inside a wood-fired brick or clay oven.

If you don't have a wood-fired oven, you can still achieve the artisanal characteristics by using our Authentic Wood-Fired Crusts, which are par-baked in our lava stone deck oven and ready to be topped and final baked in any oven.

Unlike other crust types, focaccia is different in that it often is not sauced. This thick, bready dough is infused with herbs and brushed with olive oil before baking, then covered with cheeses, herbs and spices, and minimalistic toppings, allowing the crust’s flavor and texture to shine. Focaccia crust is perfect as a meal accompaniment or appetizer, but can also be used as a traditional pizza crust for a truly unique and savory flavor.

The pizza industry has seen its fair share of groundbreaking innovation, but crust customization is arguably the biggest. Specialty crusts like cheese-stuffed, toasted asiago, garlic butter, honey Sriracha, and garlic parmesan have opened the door for pizzeria operators to think beyond traditional pizza dough and develop one-of-a-kind options. With a custom crust, operators can kick up the flavor and distinguish their brand with flavorful recipes that are unique to their pizzerias.

Ready to start experimenting with some different crust varieties? We can help! At Alive & Kickin’, we're passionate about pizza, just like you. We've been making pizza dough for more than a quarter century and know we have what you need to enhance your menu, bolster your brand, and keep customers coming back for more. Learn more about crust varieties we offer in the Alive & Kickin' Pizza Crust Product Overview Guide. 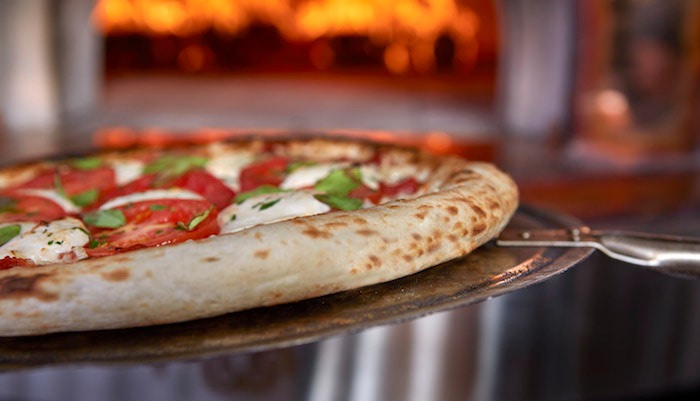 I'm looking for everything